The current health pandemic and resulting national protocols, including the national shutdown of the country, would have made it necessary to reschedule the hosting of the Annual General Meeting of the Barbados Public Workers’ Co-operative Credit Union Ltd, which will now be held on Saturday, September 12th, 2020 at the Gymnasium Ltd (Wildey Gymnasium), Garfield Sobers Sports Complex, Wildey, St. Michael commencing at 10:00 a.m.

By seeking nomination to one of the elected Committees of the Barbados Public Workers’ Co- operative Credit Union Limited, whether the Board of Directors or the Credit Committee or the Supervisory Committee, you will be assuming a serious commitment.  Successful election will require much of your personal time, careful attention to the requirements of the nomination process and prior knowledge of the roles and responsibilities of the committee on which you are seeking election.

In accordance with By-Law 38, three (3) members of the Board of Directors and one (1) each from the Supervisory and Credit Committees shall retire each year and these positions are up for election at the upcoming Annual General Meeting. This year, an additional position on the Supervisory Committee is to be filled, which was created by the resignation of a former Committee member.   Note however, this position is for a term of two years only. Additionally, By-Law 36 (1), states that persons who are seeking election to the Board of Directors, the Supervisory Committee and the Credit Committee must be nominated in writing by not less than four (4) members of the Credit Union.

Before submitting your nomination documents, you are encouraged to   familiarize yourself with the following:

These documents will give you a full appreciation and understanding of what is required, should you be elected to serve on the Committee of your choice.

Nomination packages containing each of the documents listed below can be collected from the reception areas of any branch of the Credit Union or online at www.publicworkers.bb.

Please read the contents of the nomination package carefully and ensure that you fully complete and submit the required forms with supporting documentation to our offices at “Clarence Greenidge House”, Keith Bourne Complex, Belmont Road, St. Michael no later than 4.30 p.m.  on Friday, August 14th, 2020.    Our  aim  is  to  maintain  the  highest  level  of  corporate  governance standards in all processes and procedures conducted by the Credit Union.

Note that discrepancies in information submitted, i.e. forms missing required data, forms submitted without the required supporting documentation or late submissions would render those nominations ineligible by the Credentials Committee.

Subject to By Law 36(2),  the Secretary of the Board shall at the time of publishing the notice of the Annual General Meeting, include a statement that the nominated members offer themselves for election.

We welcome your interest in serving on the elected committee of your choice and look forward to receiving your co-operation in the matters stated in this letter. 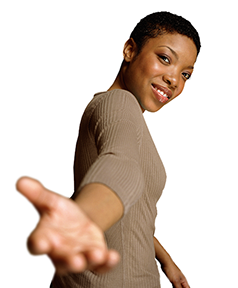 This is where you belong